MENUMENU
Preventive measures for your safety:   1. Staff made aware of identifying guests with symptoms, and directing guests to medical centres for screening   2. Fully equipped with on ground medical facilities and medical professionals   3. Increased frequency of housekeeping and fumigation for enhanced disinfection   4. Daily sanitization/ deep cleaning of facilities to ensure germ free   5. Daily sanitization and deep cleaning of all customer touch points through the park   6. Temperature checks of employees as well as guests at entry carried out with non-invasive thermometer   7. Sanitizers available at Retail store and F&B restaurants for use   8. Imagicaa Recommends: Avoid travel in case you are suffering from fever and cough
Read more
x

Imagicaa’s mission is to always ‘Deliver best in Class entertainment for Delightful Memories, in a Clean, Safe and Happy Environment’.

In wake of the COVID-19 outbreak and adhering by our mission statement and keeping the best interest, of all our guests and Imagicaa employees, at heart, we are exercising caution through temporary, non-operation of all our parks.

In case of any current or existing reservations/ticket booking, we are offering you the option of extending your ticket into an ‘Open Pass’ with a 1 year validity from your chosen date of visit.

We sincerely hope to resume park operations at the earliest to create awesomeness and amazement for you. The Open pass can also be availed by those planning to visit us in the future.

Please be assured that we will address each and every one of your bookings/requests.

Remain in touch with all developments by downloading the Imagica App and also visit www.imagicaaworld.com for regular updates.

We will continue to monitor the on-going situation, follow the guidance of local government and medical authorities to be fully compliant and act in accordance with their directive.

We sincerely thank you for your patience and understanding!

The year 2016 marks the completion of 66 years of our Constitution this Republic Day. Let’s celebrate the day and do something patriotic this time. Take a walk down memory lane and visit a place, which reminds you of the history behind this freedom. Plan a trip to some of these places in India that make you feel patriotic, and sink in the feeling of being a true Indian at heart.

One of the only road borders between India and Pakistan, a visit to Wagah Border is sure to bring out the patriot in you. Every evening the Wagah Border Ceremony or the “Lowering of The Flags” ceremony takes place, before which people visiting from all parts of the country cheer for the nation, sing patriotic songs and soak in the atmosphere. This is the place where you can come and pay your gratitude to the thousands of border security forces who put their lives at risk to save us. Located on the banks of Sabramati river, this is the place where Gandhiji began his Dandi March, also known as Salt Satyagraha in 1930. Initially known as Satyagraha Ashram, Mahatma Gandhi stayed here for 12 years and trained activists to join his non-violent movement and Swadeshi movements of Independence.

‘I for India’ at Imagicaa, Khopoli

Experience the surreal journey across India in the ‘I for India’ ride, which showcases a stunning aerial view of many Indian sights, landscapes and festivals on a 90 feet wide screen. While you are suspended a few feet above the ground, fly over some iconic places of India such as The Valley of Flowers, Vivekanand Rock Memorial, Meenakshi Temple, The Taj Mahal, Jama Masjid and many more. You are sure to remember this delightful 15-minute experience for the rest of your life and come out feeling proud of our beautiful nation. Click here to Book Tickets

Our first Prime Minister, Pandit Jawaharlal Nehru, gave the first Independence Day speech in 1947 at the Red Fort. This great monument has been an integral part of the freedom struggle. It was one of the main centres for the freedom fighters in the first war of Independence in 1857.

Netaji Bhawan is a building maintained as a memorial and research center to the life of the Indian nationalist Subhas Chandra Bose. This is where he was put under house arrest until his escape to Berlin in 1941. The place, now consisting of a museum, archives and library, displays glimpses of the freedom struggle and the patriot’s bravery. 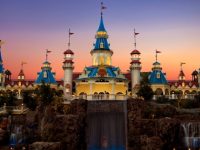 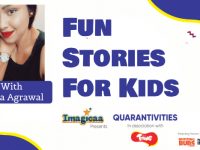 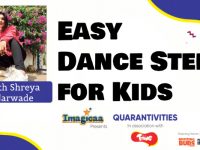