Know more about the reopening offer and all safety measures - https://www.imagicaaworld.com/covid-measures

Exciting activities and experiences ranging from theme parks to adventure, there is something for everyone and make for a great
Read more

Imagicaa’s annual philanthropic initiative, Share The Joy, has been entered in the 2019 edition of the prestigious Limca Book of
Read more

‘Window to Imagicaa’ was a unique experiential marketing concept. The high engagement was attributed to the two-way interactive live communication
Read more

Mumbai, 24 April, 2020: We hereby wish to inform that with due approval from our shareholders of the Company and
Read more 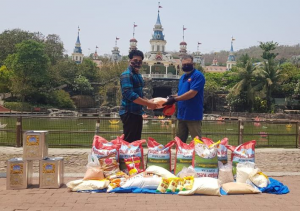 Exciting activities and experiences ranging from theme parks to adventure, there is something for everyone and make for a great
Read more 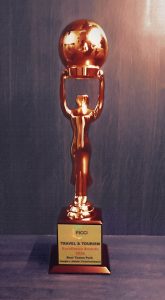 Imagicaa walks away with five Media Innovation awards at IAAPI National Awards for Excellence 2018-2019. Win closely follows on the

Imagicaa’s annual philanthropic initiative, Share The Joy, has been entered in the 2019 edition of the prestigious Limca Book of
Read more

Imagicaa ties up with Mattel toys 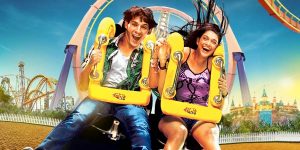 There’s a vacation for everyone at Imagicaa and Novotel Imagicaa 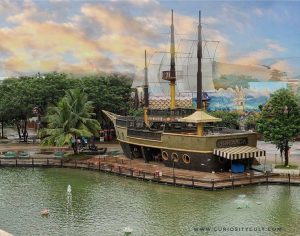 Looks like Imagicaa, India’s favourite and largest theme park destination was listening to our #FirstWorldProblemsRant when they designed such an elaborate experience in a single destination that can be covered in a span of 24 hours and lesser! What’s in store? We say there’s a vacation for everyone.

There is a metamorphosis happening across the classical theme park industry the world over. It is not just rides the guests are focusing on. Today many formats are getting incorporated into one – be it water park, museum, experiential centre, multiplex, AR or VR. It is now transmuting into a multi-entertainment destination. And Imagicaa, the 130-acre theme park towering just off the Mumbai Pune Expressway in Khopoli is stirring up a ‘swadeshi’ movement in international theme parks arena, with its brand new launches, such as House Of Stars and Imagicaa High Street.
Read more

‘Window to Imagicaa’ was a unique experiential marketing concept. The high engagement was attributed to the two-way interactive live communication
Read more

Imagicaa emerges as ‘Most Promising Destination’ at OTM

How to Reach Imagicaa by Bus, Train, Car

Imagicaa is one of the fastest growing theme parks in India. The park was opened on 18th April, 2013 on
Read more

Top 10 things to do on Valentine’s Day in Mumbai

Hold hands as you scream together on the scream machine, and sneak in a hug at the haunted ride. Don’t
Read more

Imagicaa has launched their brand campaign using a series of human stories under the tagline ‘Kahaaniyan Banti Hain’. These films
Read more

Mumbai, 05 Nov' 2014 The festive season has begun and the much awaited extended weekend is just around the corner,
Read more

Imagicaa “The Grand Imagicaa Parade is back with a Bang!”

Mumbai, 30 Oct' 2014 Imagicaa is an alternative world, which celebrates the Indian legacy of story telling. Imagicaa is the
Read more

Mumbai, 25 Aug' 2014 Celebrate this festive season with your loved ones at Imagicaaand get ExclusivePreviewInvites for the soon to
Read more

Theme park characters Tubbby and Roberto to appear on TV

Mumbai, 03 Aug' 2014 Animated characters Tubbby and Roberto, which have entertained guests at Imagicaa, are all set to come
Read more

Enter The World of Magic – Imagicaa

Mumbai, 14 July' 2014If life in the city is turning you into a drone and you feel like you need
Read more

Mumbai, 13 July' 2014If the thrilling rides at Imagicaa aren’t enough reason to drive down to the amusement park in
Read more

Manmohan Shetty dreams of spreading Imagicaa across every state

Mumbai, 19 January' 2013If the first installation of Imagicaa turns into a success, Manmohan Shetty would like spread the theme
Read more

For Imagicaa, a lot rides on new theme park