For updates on existing ticket bookings & further details, Click to Get a Callback between 10:00am to 07:00pm
or Reach out to us on 7292006554 or contactus@imagicaaworld.com
Get a Callback
X
Due to the current Covid-19 situation, we are working with limited staff between 10:00am to 07:00pm In case of any emergency please raise your concern for a call back using this form and we shall connect with you within 8 working hours or write to us at contactus@imagicaaworld.com. We sincerely appreciate your patience. Thank you and see you soon at Imagicaa.
FAQs
X
FAQS

Get to know our characters up close, one on one, and in the Grand Imagicaa Parade

Meet and Greet the whole family!

Every evening, experience the Grand Imagicaa Parade as it makes its way down the main avenue, from Red Bonnet Diner, across the bridge, by the lagoon and Arrmada, and up past Roberto Food Court. It's a sight to behold! Water Park and Theme Park guests can access it for free.


Parade begins daily at 5:30 pm.
On days with the Moonlight Carnival, the parade begins at 7:15pm.
Note: the Parade will not be held in low season/rains/bad weather.

When Tubbby was little, he dreamt of flying. Even when everyone told him otherwise, he didn't back down. And our flying elephant knows how dearly every kid holds his and her ambition. So Tubbby is here, at Imagicaa to give a flight to every kid's ambition, and tell them that they should never back down. 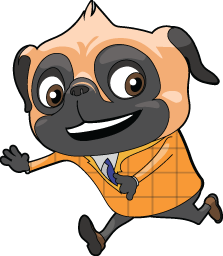 Making sure to keep the smiles intact with his toxic enthusiasm and witty comebacks, Detective Bow Wow is Imagicaa's very own Mr. Funny Bones. But he's more than just a comedian. Under his keen watch and deductive skills, no mystery can stay unsolved.

Most likely to scare you at first sight, Rajasaurus is the friendliest dino at Imagicaa. He loves playing the host and having people over for tea parties. No matter who he meets, he'll make sure to compliment them, and make their day.

A lion that doesn't feed on, but with people. Our in-house chef, Roberto is unlike any lion you have ever met. This big, friendly lion will make you lick your fingers with his lip smacking dishes, to make your tummies roar with happiness. 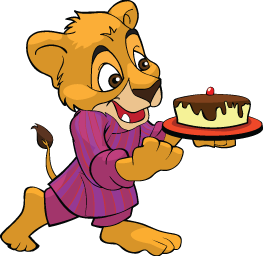 The Imagicaan astronaut got lost and tried real hard to look for his way back home to the Deep Space at Imagicaa. He has finally had a homecoming. Bump into him and know more about his stories of being lost all alone out in the big bad world!

Brave as a soldier, Neera is the mermaid princess who lives underneath the oceans. She is the most fearless mermaid and doesn't hesitate in taking on new challenges for the ones she loves. She sees through everyone's appearance and recognises their inner goodness. 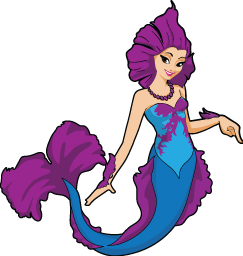 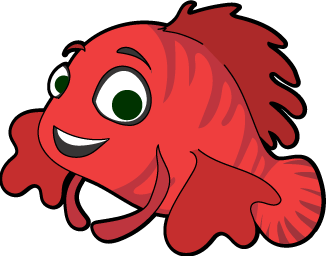 Always tagging along with Neera, Shera is her bestest friend and greatest companion. Even though his name is Shera, he is a scared little fish, always worrying about his brave friend Neera who never seems to listen to his advice.

Zoobaloo brass band is here with some of the musical stars of Imagicaa. They are a crazy bunch, but their love for music and entertainment brings them together and they perform every day at Zeze Grill. So, get ready because these super six have some treats for your ears. 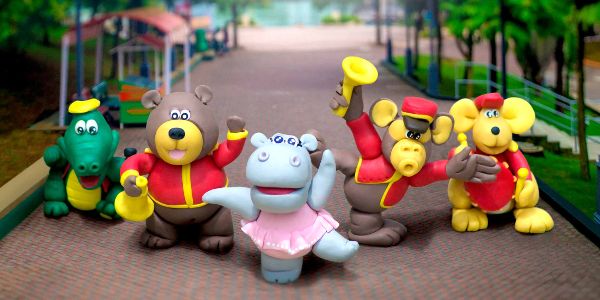 Leading a band is not an easy job. Always nervous and busy making sure every show runs smoothly, Allie is our ever worried alligator. But when he's on stage, he'll make you forget all your worries. 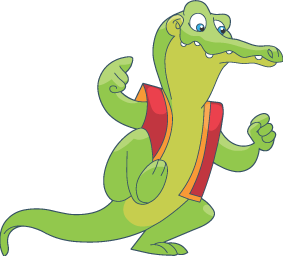 If you tell Bloo a joke today, he might laugh tomorrow. Little Bloo the bear, is a little, well quite slow, but he's the band's very own cutie. 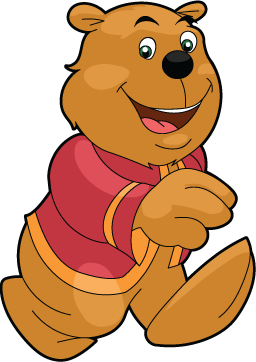 Please excuse him if he drops his trumpet mid-performance, but Bobo is the clumsy one in the band. Stumbling around the stage, Bobo keeps the entire band on their toes.

Naughty is his middle name. If you sense mischief, Ellie, the elephant can't be far away. He sometimes gets the band in trouble, but they love his cute little shenanigans. 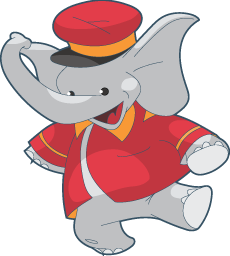 Hippie is the band's lead ballerina. She grew up dreaming to become world's best dancer, never letting the world get her down by telling her that hippos can't dance. She dances like no one's watching, making everyone want to tap their feet to the beat. 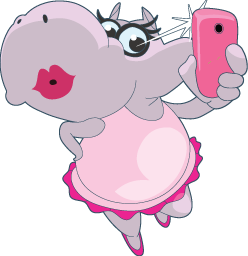 Rooroo, the kangaroo loves to hop, and so does his attention. It only takes the drop of a hat, or the sight of a butterfly to distract him. He might miss a beat or two, but he'll keep you entertained with his antics. 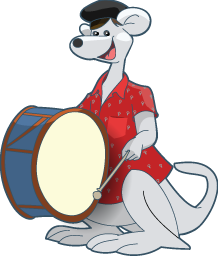 Once again, Mogambo khush hua! Mr. India is back, with Seema, Calendar, and the kids along with a brand new side-kick robot, Toota Phoota. And, they are faced with yet another battle against terror. The entire gang is here in a new avatar, taking the iconic Mr. India team on a new adventure. 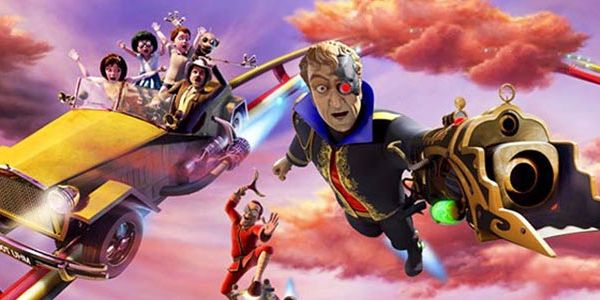 Toota-Phoota is Mr.India's robot-monkey who can hardly do any tricks. He assumes that he is the true force behind saving the world from Mogambo. Sometimes he stumbles and sometimes he tumbles and gets the gang in trouble. But his intent is always right. He is a robot with a heart and loves being caressed. 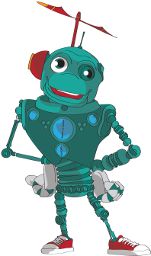 Seema is a journalist by profession and has a tendency to get on people's nerve for news. She is very fussy about her job. Seema gets bullied by other gang members almost every time. She is the fashion police; she can't take badly dressed people. She is madly in love with Mr. India and together they fight the monstrous Mogambo.

Years have gone by and finally Mogambo has risen from the dead. As we all know, evil has always been his first name. He is out there to take revenge on Mr. India and Seema. He has grandiose and diabolical plans to destroy and take over India. His powers have grown and so has his ambitions. 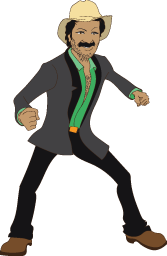 Not just by Seema and Toota-Phoota, Mr. India is a man loved by one and all. And, he loves kids. He can go to any length to make children happy. There's more to him than his sweet and charming personality. He has computer-aided devices to mete out justice against Mogambo's army of evildoers. He is out there to save the world from Mogambo's wrath.

Chhota Bheem is here to stay! Along with friends from the kingdom of Dholakpur, Chutki, Jaggu, and Raju, he's joined the Stars of Imagicaa! Catch them through the Park, and in the Grand Imagicaa Parade. 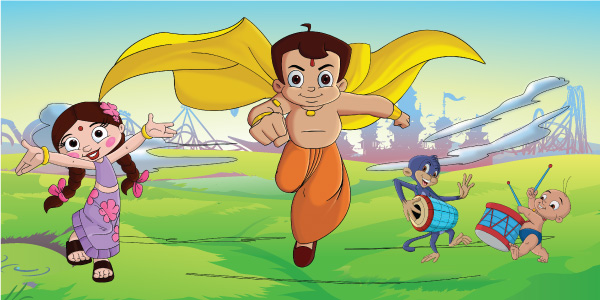 What do bravery, kindness, strength, loyalty and laddoos have in common? Chhota Bheem, Dholakpur's very own hero, of course! Chhota Bheem has protected Dholakpur from evil spells to big, scary villians, and sometimes even Kalia and Dholu-Bholu's antics. If you're in trouble, you can rest assured that Chhota Bheem will be by your side in a jiffy. 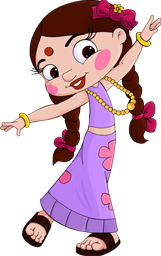 What do you do when Bheem is stuck in a precarious situation and an evil monster is ready to wreak havoc? Chutki comes to the rescue with her out of the box clever ideas, that make her the brain to Bheem's brawn. And, when Chhota Bheem is taking on the band guys, Chutki is always right by his side to give him that all important laddoo in the nick of time. Sweet, kind and ever smiling, Chutki is the agony aunt of the gang.

Every gang of friends needs a silly animal friend to entertain them with his antics, and Jaggu, the monkey, does just that! He is the certified clown and quite the trapeze artist with his tail. Unlike a pet dog or cat, he has long conversations with Bheem and gang since he can speak human! 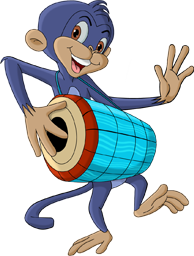 Just like every superhero has a loyal and starry eyed follower, Bheem has Raju, who is not only his biggest fan, but also his best friend. Do not be followed by his small stature, as he can take on the mightiest of villians with his bow and arrow, and stand up to big bullies like Kalia.

Don't forget to check out the daily performance schedule for Theme Park, so that you don't miss meeting all of your favourite characters.

Daily Schedule of performances and activities