Get a Callback
X
Due to the current Covid-19 situation, we are working with limited staff between 09:00 am to 09:00 pm In case of any emergency please raise your concern for a call back using this form and we shall connect with you within 8 working hours or write to us at contactus@imagicaaworld.com. We sincerely appreciate your patience. Thank you and see you soon at Imagicaa.
FAQs
X
FAQS
Imagicaa walks away with five Media Innovation awards at IAAPI National Awards for Excellence 2018-2019.

The collective win can be attributed to varied media campaigns implemented by Imagicaa throughout the year ranging from experiential to character centric to event centric to out-of-the-box print innovation.

Imagicaa's high octane Experience Kiya Kya brand campaign was an experiential led route executed between the periods of October to December 2018 to drive consumer engagement. Campaign idea germinated from the consumer insight derived on the fear of missing out key life experiences. This led to the creative design being such so as to re-create real-life experiences and to provide glimpses into what consumers could expect at the park by highlighting Imagicaa's rides and attractions which till date remains its biggest unique selling proposition.

Digital marketing campaign inclusive of social media was an integral component of the brand campaign. Use of branded hashtag, #ExperienceKiyaKya for social media posts and videos coupled with successful implementation of running search ads, display ads, Facebook carousel ads, YouTube sequential was key for driving traffic, awareness and virality and get people talking about it. Strong reach and high viewing of this user generated content led to Imagicaa being runner-up in the Innovative Promotional Activity through Media - Digital Marketing category.

To add to the experiential route momentum and enthrall readers, Imagicaa implemented a unique innovative print ad with the Headline Mast Head Rider and Sky Bus across city editions of Bombay Times, Pune Times and Ahmedabad Times in November 2018. By reaching the consumer first thing in the morning, the ad easily retained consumer's share of mind throughout the day, and garnered high visibility by establishing Imagicaa as India's best entertainment destination suitable for kids, youth and family alike. This resulted in Imagicaa being the winner and conferred with the award for Innovative Promotional Activity through Print Media. 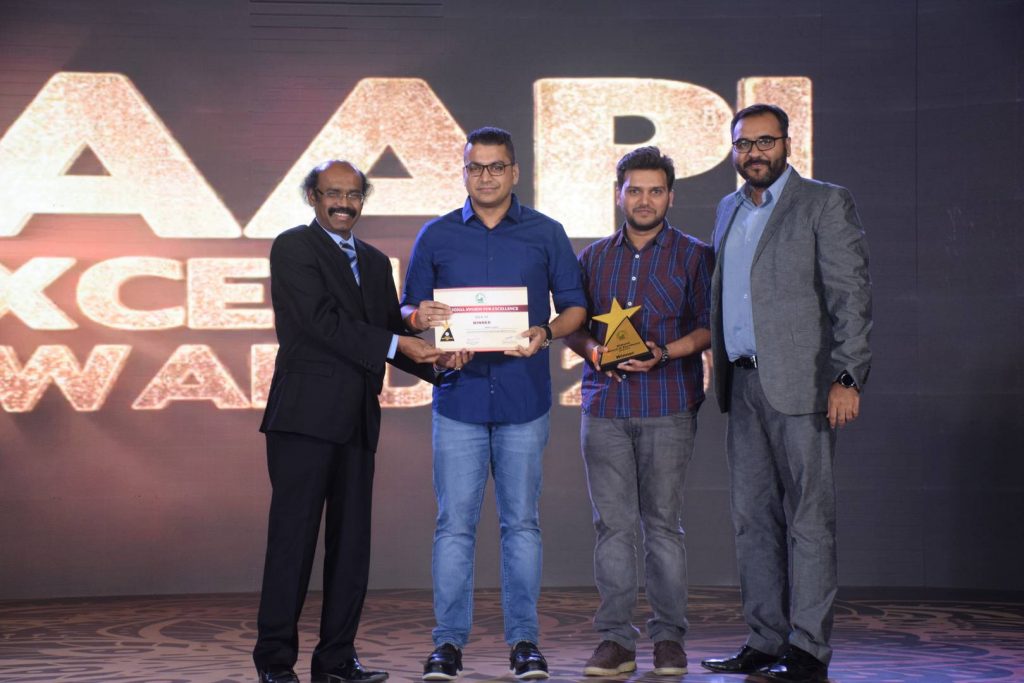 Imagicaa was adjudged runner up in the Innovative Promotional Activity through Media - Radio category for its unique promotional radio spots conceptualized to integrate Stars of Imagicaa for promoting Times Grand Character Carnival, India's first-of-its-kind character carnival in the month of November 2018. The character spots spanning 10 days prior to the event were supported by other campaign elements which included brand building radio spots, event reminder and editorial support that helped deliver a strong performance.

Ecstatic about the wins, Raveendra Singh, Head of Marketing, Sales & Strategy said, "We are extremely pleased with our performance at the IAAPI National Awards For Excellence 2018-2019 as well as at the ET Business Icon Awards 2019 and India's Retail Champions 2019. We have always adopted a 360-degree approach when it comes to marketing our brand Imagicaa across various advertising mediums. Strategic media planning powered by strong creative content has helped us break through the clutter and gain strong consumer traction. These awards validate the effectiveness of that approach."
Explore News & PR media center